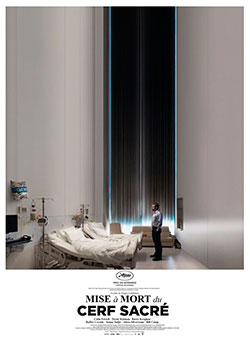 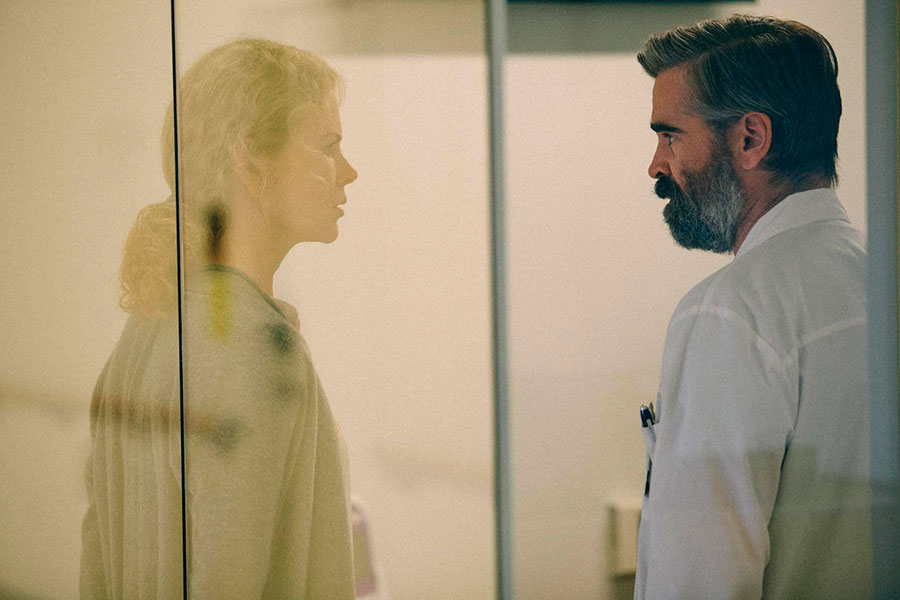 Accueil > Cinéma > The Killing of a Sacred Deer

The Killing of a Sacred Deer

For the second time, following The Lobster in 2015, Greek auteur Yorgos Lanthimos had a film in competition in Cannes, having made his debut at the Croisette with Dogtooth in Un Certain Regard in 2009. Yet while The Lobster combined a stern scenario with some humour and received a positive reaction from the press, this latest film has split critics’ opinion. The Killing of a Sacred Deer, with its rigid adherence to the structure of classical tragedy, offers almost no comic relief. However, is it no accident that Lanthimos and his collaborator Efthymis Filippou received precisely an award for Best Script.

Following the conventions of tragedy, Lanthimos’ characters have no scope for development: they must accept their fate and cannot change the ending. Submitting to this principle, the director complicates his task even further, because the tragic model may be relevant for Euripides’ Iphigenia, but is somewhat dated for our times, largely because it goes categorically against the belief in our agency to shape our selves, our identities, and our fate. The tragic model reduces man to a helpless creature whose heroism lies in accepting fate – a concept that is both unsettling and hard to accept for modern man. But is it really that far away? 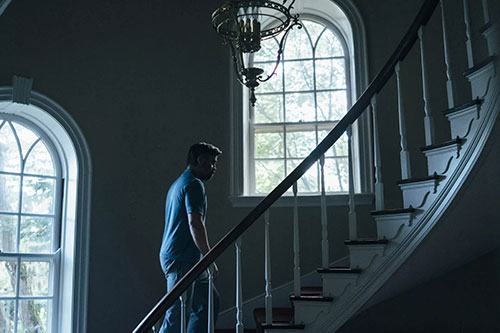 The Killing of a Sacred Deer makes for uncomfortable viewing precisely because we know the outcome: a ritual sacrifice. Only in the Greek myth, Artemis replaces Iphigenia with a deer, while Lanthimos goes to the end with a human sacrifice, rejecting the appearance of a deus ex machina. Instead, he infuses his film with revenge, carried out by a human, not a god – even if Martin sometimes appears to possess supernatural powers, which stand in sharp contrast to the sterile and scientific atmosphere that reigns over the film’s visuals and is grounded in the protagonists’ professions: Steven (Colin Farrell) is a successful cardiologist, and his wife Anna (Nicole Kidman) an ophthalmologist. They have two children, the teenage Kim and her younger brother Bobby. Their domestic life runs like clockwork, right down to the couple’s sex life. However, scratches gradually appear on the neat surface: first, there is the mysterious teenager Martin (Barry Keoghan), who first receives and then demands Steven’s attention in compensation for the loss of his father on Steven’s operating table; second, it transpires that Steven had an alcohol problem and performed the surgery on Martin’s father under the influence; and third, Steven accepts responsibility (and guilt) by granting Martin the attention he demands. But Steven will not replace Martin’s father, so through an act of revenge the surgeon’s family is paralyzed, literally and metaphorically, until Steven makes a ritual sacrifice to redeem his guilt. What sounds like the plot for a horror movie turns into a calculated game, which has a winner and a looser and where fate determines the outcome.

Both Iphigenia’s father and the pater familias of The Killing of a Sacred Deer accept the need for sacrifice: there is no other way out. Man is entirely deprives of power and agency when faced with the force – not of a God, but of a psychologically unstable teenage boy – and this is precisely where the film’s problem lies: in this modern tragedy, there is no explanation why Martin has control and the family not. Steven tries to take fate in his hand, but his attempts are doomed to failure: he has neither power over his own life or that of others – a paradoxical situation for a surgeon, whose profession suggests precisely the opposite. Throughout, Steven fails to save lives.

The Killing of a Sacred Deer unfolds a tragedy where things are determined, even if the viewer refuses to accept, see or desire the final catastrophe that is the main ingredient of tragedy. Lanthimos deliberately plays with our unwillingness to accept fate, which adds to the paralysis of characters and viewers. Yet is the concept of fate really so distant from our times? Do we really believe that we are in control when we are, effectively, not? Do we not surrender to fate and its demands, only in less clear-cut ways than this film suggests? 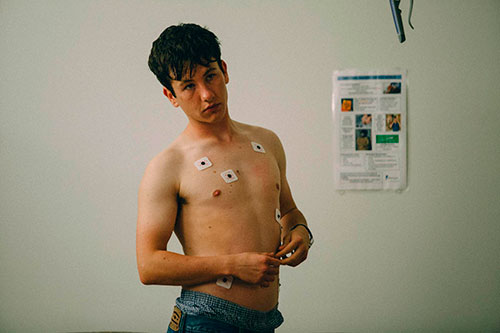 The acting is fabulous, especially the performance of Kidman as a cold, calculating, objective scientist, with just enough love as mother and passion as wife; and Colin Farrell as an enigmatic, yet caring and responsible father. Most impressive, though, is the performance of the young Irish actor Barry Keoghan in the role of Martin, a character whose presence and gaze you want to avoid from the first frames. His terrifying presence creates a sense of impending disaster and violence right from the start, and it typical of his other roles in shorts and television series (for example, the Irish crime drama Love/Hate where he played the character of Wayne). He possesses a rare ability to embody evil and create a manipulative character: he is a force that both repels and attracts. Unlike Artemis – and unlike Goethe’s Mephistopheles – Martin is a force that wants justice and accomplishes evil.

The film plays a game with the spectators: do we accept the rules of tragedy or not? Do we see how the concept of fate is not relevant in the modern world (the critics who will dislike the film) or do we accept that a return to tragedy, including fate and ritual sacrifice, may reveal something about the fake nature of a world where we pretend to be in control (the critics who like the film). Ultimately, The Killing of the Sacred Deer is a profoundly unsettling film, which is what true art cinema should achieve. After all, the ability to ask why without providing an answer is not common in contemporary cinema. Lanthimos challenges this expectation and throws the viewer into disarray with his sacred performance of the ritual of tragedy. 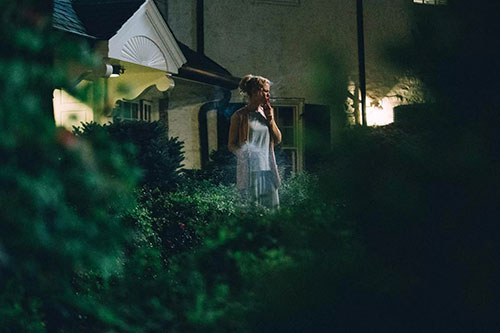 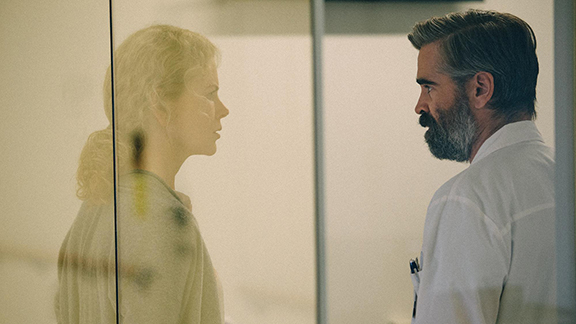