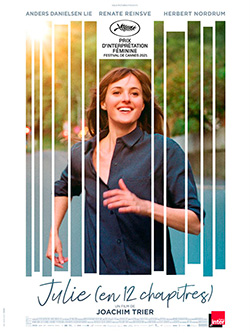 The Worst Person in the World - english review 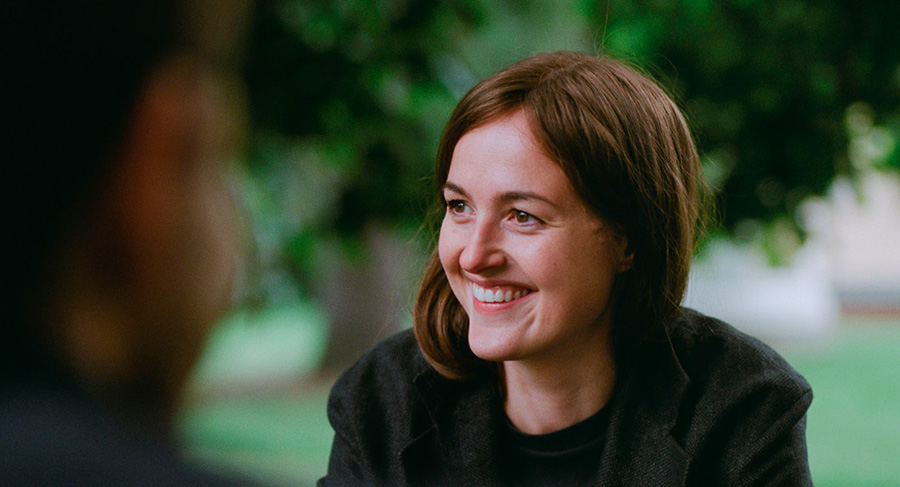 Accueil > Cinéma > The Worst Person in the World - english review

The Worst Person in the World - english review

Joachim Trier’s film never had a chance to compete with the new James Bond No Time to Die at the box office when it reached French distribution on 13 October, and probably Daniel Craig runs much faster than the protagonist Julie in The Worst Person in the World (Verdens verste menneske). But it is also a film about running: in life, in the space of the city, in time. In many ways it tells an ordinary story of a girl trying to find herself. Julie’s life story extends over 12 chapters and spans several years as Julie tries to find her meaning in life through professional training: she starts off studying medicine, then finds observing people more interesting than dissecting them and switches to psychology; observation, she soon discovers, is a task even better performed by a photographer. And there may be nothing new in the search for a vocation or a profession, but the speed with which Trier whizzes us through Julie’s youth in the prologue is stunning and funny: the pace with which the voiceover narrator rushes the viewer through Julie’s indecision is ridiculous precisely in its commonness and “normality.” The 12-chapter approach enhances this further by wanting to structure a life that has no structure.

Julie (played by Renate Reinsve) is not only undecided in her professional calling and never holds down a fixed job, but there is also no firmness in her relationships with men. She breaks up with a boyfriend from her student time before meeting Aksel (Anders Danielsen Lie), a comic book creator: the love of her life, she knows. And yet there is no fulfilment, there is more she wants to know about life and about sex, so she follows a physical attraction for the married Eivind (Herbert Nordrum) and embarks on a relationship with him. For Julie, the entire world seems stands still as she runs towards a life with him and away from Aksel: visually this break is rendered in a stunning scene of Julie running through a city where everything is frozen in motion, in expectation of a grand and overwhelming emotion towards fulfilment. And yet, fulfilment it is what follows: this relationship too is bogged down by the triviality and conventionality of life, by its everydayness and by the confrontation with death. Gradually, Julie matures – yet her journey towards adulthood or maturation has nothing in common with a fairy tale. It is ultimately the ability to confront departures – something she was unable to do in the first chapters of her life – that makes her realise that not everything in life is extraordinary and unique, and certainly not unique enough to make the world stand still.

Like his previous work, the film is co-written with Eskil Vogt, and focuses on psychological states in their external manifestations – through memory in Back Home (2014) and supernatural powers in Thelma (2017) – which allow him to offer a particular insight into characters. In his new film, he brings a new dimension into play: the ironic distance to the protagonist through the observation mode and formal organisation of her unstructured life, paired with an emotional and tangible performance by Reinsve, who won the Best Actress award in Cannes earlier in the year.

The film, which has been nominated by Norway for the Academy Awards, gains through the cinematography from Kasper Tuxen, who captures life in motion seemingly with the eyes of a (still) photographer. An unusual twist is the ironic distance and absence of judgment, among the characters and from the director. This film is indeed like a book in 12 chapters, with a prologue and an epilogue, where the characters will not change but they grow older: their destiny is written and nevertheless they have to make choices. Their lives will not always be happy, like in life and like in a book. Eventually, it may turn out that time has passed without a life having been lived, or having been lived in excess. The “worst person” sees herself in the centre of the world, but who also makes bold decisions that seem right for her (not necessarily for others) at the time. Julie wants to be curious and explores a range of avenues, even if her motivation is not always sound, the outcome not clear, and the circumstances unknown. We may here wish to read a comment on the need to make decisions without knowing the context, but where these decisions, whatever they are, return agency to the individual even at times of uncertainty.